The Reserve Bank of India has now raised interest rates by 25 basis points (1%=100 bps) second time in a row in their bi-monthly monetary policy review. Yesterday’s increase has taken the repo to 6.5%, which means that it is now costlier for banks to borrow money from the RBI.

Why do banks need to borrow from RBI? Not all of a bank’s liquidity needs are met through current and savings account deposits or other forms of capital. Banks borrow from RBI at short notice for a range of liquidity needs much like a working capital loan that businesses take from banks. When RBI increases the REPO rate, this cost goes up directly affecting the profit margins for banks.

Why does the RBI increase rates? To answer it very simply, it is done to suck out liquidity in the system. A rate increase disincentives borrowers to borrow more, reducing money supply which among other things helps in controlling inflation. A higher interest rate also attracts foreign investment, which increases the demand for the domestic currency. With rupee being one of the worst performing currencies in 2018, this is something that the RBI is looking to manage through higher interest rates.

An increase in interest rates affects every instrument that derives its value from an underlying risk-free rate (risk-free rate means the rate at which the government pays interest). For example, let’s say that an investor holds a bond worth Rs. 100 paying an interest of 10% per annum. If the RBI now increases the interest rate in the market by 25 bps, new bonds will be issued at 10.25%. This reduces the value of the old bonds, as they will now need to provide 10.25% returns to investors. The value of the old bonds will thus become 10/10.25% = Rs. 97.56.

Conversely, if interest rates fall, the value of instruments increases in value. In the same example, if RBI reduces interest rates by 25 bps, the older bond will become more valuable as new bonds will be issued at 9.75%. Its value will thus become 10/9.75% = Rs. 102.56

Commercial Real Estate is an asset class that trades on yields (also called ROI or capitalization rate or cap rate). A yield is nothing but Rent / Purchase price. However, unlike a bond, the property also appreciates in value (capital appreciation). An investor, therefore, needs to evaluate the total return from the property as Yield + Capital Appreciation.

The yield on any instrument is calculated as the risk-free rate plus a premium. Since government bonds are risk-free (the government can simply print more money to pay and therefore carries no risk) the premium is zero. The risk premium on other instruments depends on the risk associated with those particular instruments. For example, a bond issued by an AAA rated company

For Commercial Properties the equation will look something like:

The capital appreciation, therefore, makes the impact of interest rates on commercial property slightly lower than in the case of plain vanilla bonds.

For example, let’s say an investor purchases a commercial property at Rs. 100 with a rental yield of 10% (Rs. 10). If there were no capital appreciation component, the value of the property would have reduced to Rs. 97.56 just like in the earlier bond example.

This is because new investors will now require 20.25% (10.25% plus the 10% capital appreciation) return as the risk-free rate has increased by 25 bps.

You can see the impact is much lesser compared to an instrument that pays only interest. A 25 bps increase reduced the value to Rs. 98.77 vs 97.56 for a plain bond with no capital appreciation.

In summary, an increase in interest rates impacts all instruments that derive their underlying value from a risk-free rate. A commercial property also derives its value from a risk-free rate but not to the same extent that other instruments do. The capital appreciation component adds a buffer to the value of commercial property. 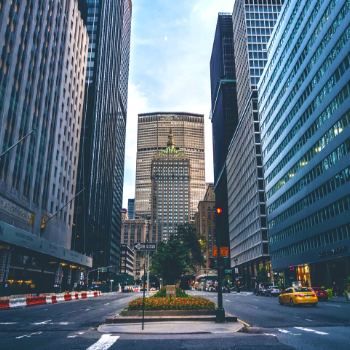 Since the onset of second wave of Covid-19, a lot of questions are being raised about the state of office real estate. While I understand the reason why such questions are being raised, it is also important to look at the ground realities. Hence, when Embassy Office Park REIT (Embassy REIT) declared its Apr-Jun ’21 results, I thought it may be a good idea to look at some publicly available facts stated in the results in order to dispel some of the fears about the impact of Covid-19 on the office markets. 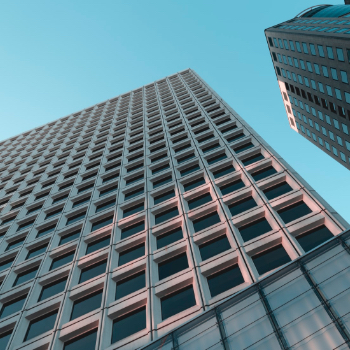 Investing in commercial real estate during a national crisis – what should you keep in mind?

As social distancing becomes a norm worldwide, the impact within the real estate sector has been varied. 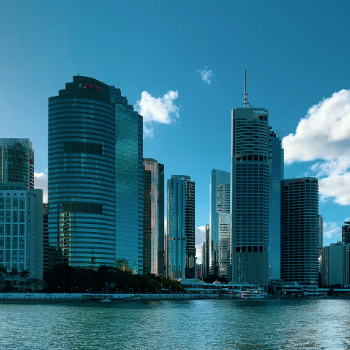 The role of diligence in CRE

Commercial real estate (CRE) has been one of the best performing asset classes in the country in terms of yields and capital appreciation.

Would you like us to notify you on new listings and updates?